Algebra is a branch of mathematics that uses letters and other symbols to represent numbers.

The Oxford English Dictionary defines algebra as "the part of mathematics in which letters and other general symbols are used to represent numbers and quantities in formulae and equations."
Here is an example of an algebraic equation. In this example, the letter x represents a number. Our job is find the value of x.

Where Does the Word "Algebra" Come From?

Algebra comes from the Arabic word al-jebr, which means "reunion of broken parts". 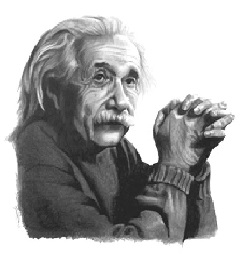 The famous scientist Albert Einstein learned algebra from a young age. His Uncle Jakob gave him books on the subject and called algebra "a merry science". He compared algebra to hunting a little animal. You didn't know the name of the animal, so you called it "x". When you finally caught the animal you gave it the correct name.

There are many different words used in algebra: such as equation, variable, coefficient, term. Understanding algebra is easier when you understand what each of these words mean. In this mini-curriculum, you will learn all the definitions.

Equation
An equation has an equals sign (=) and tells us two values are equal. Here is an example of an equation:

Constant
A constant have a fixed value. In the equation below, the 2, 1, and 9 are constants.

Variable
A variable is a symbol that stands for a number. Its value is not fixed - it can take any value. In the equation below, the x is a variable.

Exponent
An exponent tells you how many times a number (or symbol) is multiplied by itself. It is written to the right and above the number. In the equation below, the 2 is an exponent.

Operator
An operator defines an operation, such as +, −, ×, and ÷. In the equation below, the + is an operator.

Term
A term is a collection of one or more numbers, letters and brackets written next to each other (they are multiplied together). Terms are separated by + or − operators. In the equation below, the 2x2, 1 and 9 are terms.

Expression
An expression is one term or several terms that are added (+) or subtracted (−) together. In the equation below, the 2x + 1 and 5 are expressions. They are separated by the = sign.

Algebra uses letters and other symbols to represent numbers. Just like numbers, the letters and symbols can be added, subtracted, multiplied and divided. In this mini-curriculum, you will learn arithmetic with letters.

Adding Letters
Adding letters works when the letter is added to numbers, other letters and the same letter.

Subtracting Letters
Subtracting letters works when the letter is subtracted by numbers, other letters and the same letter.

Multiplying Letters
Multiplying letters works when the letter is multiplied by numbers, other letters and the same letter.

Dividing Letters
Dividing letters works when the letter is divided by numbers, other letters and the same letter. 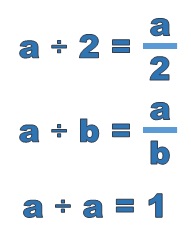 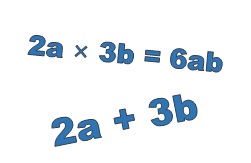 Terms are a collection of one or more numbers, letters and brackets written next to each other. Terms can be added, subtracted, multiplied and divided. In this mini-curriculum, you will learn arithmetic with terms.

Laws of Exponents in Algebra 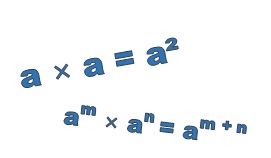 An exponent tells you how many times a number, letter or term is multiplied by itself. In this mini-curriculum, you will learn how to use the law of exponents in algebra.

Laws of Exponents
The laws of exponents in algebra let us understand how a letter can be multiplied by itself. 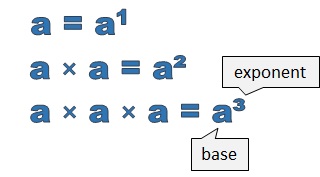 Multiplying Powers
When the same letters with different exponents are multiplied together, the exponents can be added.

Dividing Powers
When the same letters with different exponents are divided, the exponents can be subtracted.

Powers of Products
A power of a product is where a term containing letters multiplied together is raised to an exponent. Each letter in the term is raised to the exponent. 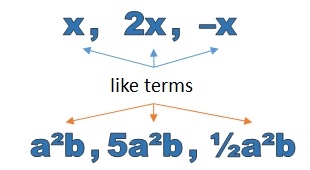 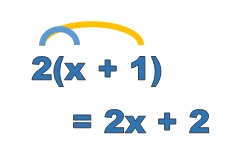 Expanding brackets means multiplying terms inside of a pair of brackets in order to remove the brackets from an expression. In this mini-curriculum, you will learn how to expand brackets.

Expanding Brackets with the Grid Method
Brackets can be expanded using the grid method. This is a useful method if you prefer using pictures to understand a method. 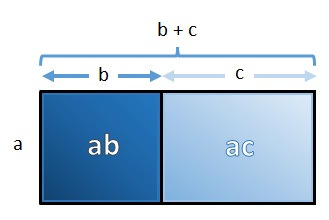 Expanding Double Brackets
Expanding double brackets means multiplying the term in two pairs of brackets that are written next to each other. This removes the brackets.

The FOIL Method
FOIL stands for Firsts, Outsides, Insides, Lasts. It helps you remember an order to multiply terms when expanding two pairs of brackets. 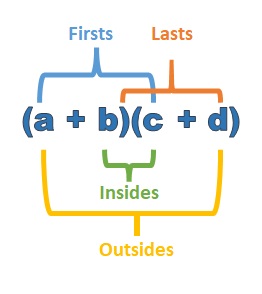 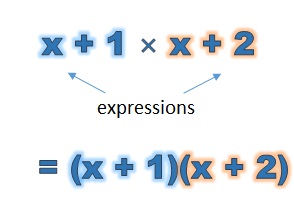 Expanding Double Brackets with the Grid Method
Double brackets can be expanded using the grid method. 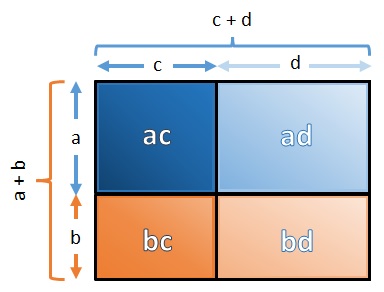 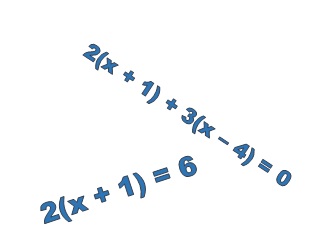 Some equations in algebra contain brackets. In this mini-curriculum, you will learn about how to solve equations with brackets.

Solve Equations with Brackets
To solve equations with brackets, expand the brackets and rearrange the equation to find what x equals.

Factoring is the opposite of expanding brackets. It is a way of simplifying an expression. In this mini-curriculum, you will learn about factors in algebra, the greatest common factor and how to factor expressions.

Factors
A factor is one of the numbers, letters and brackets (or a product of them) that are multiplied together to make a term.

Finding Factors
You can find factors of terms by looking at the numbers, letters and brackets (with any exponents) that appear in the term. The factors of 2x are 1, 2, x and 2x.

Finding the Greatest Common Factor
Find the greatest common factor by looking at the numbers, letters and brackets that appear in two or more terms. 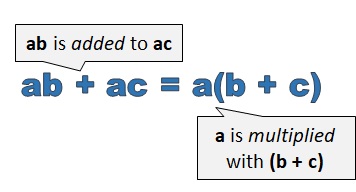 Algebraic Fractions
An algebraic fraction is a fraction which contains letters and other symbols.

Powers of an Algebraic Fraction
An algebraic fraction can be raised to an exponent. The top and bottom of the fraction are both raised to the same exponent.

Laws of Exponents in Algebra