What Is a Function?

Functions express a relationship between an input and an output. If you put a number in to a function, another number will come out.

The Merriam-Webster dictionary defines a function as "a mathematical correspondence that assigns exactly one element of one set to each element of the same or another set."
A function can be shown as a mapping diagram, where each number in a set of inputs is mapped to a number in a set of outputs. The mapping diagram shown below represents a function. Notice that there is a predictable relationship between the input and the output. In the example, 1 is added to each input: 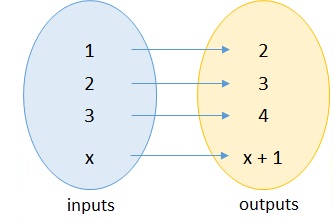 Functions are usually expressed as an equation, where the relationship between the input and output is shown. The equation below shows a function, which will be called f. 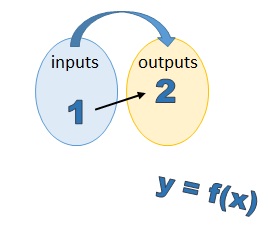 Functions relate inputs to outputs. An equation is usually used to describe this relationship. Functions can be thought of as a mapping. An input is mapped to an output. If you put a number in, the function relates it to another number. In this mini-curriculum, you will learn about functions.

Function
A function is a relation between a set of inputs and a set of outputs, such that each input is related to exactly one output.
Here is a function that takes an input and adds 1 to it. It is shown as a mapping diagram (left) and as an equation (right):

Evaluate a Function
To evaluate a function, put an input into a function and see what output it relates to.
Here is an example of evaluating a function. The function f(x) = x + 1 is evaluated at x = 2: 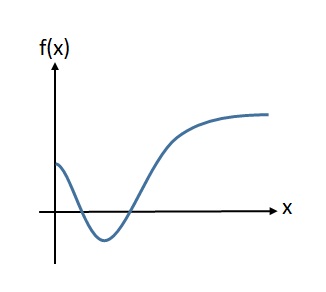 Functions can be plotted on a graph. The graph shows the relationship between the input (along the horizontal x-axis) and the output (up the vertical y-axis). In this mini-curriculum, you will learn about plotting functions.

Find Y-Intercept
To find the y-intercept of a funciton, find where the graph of the function crosses the y-axis.
This is done by evaluating the function at x = 0. 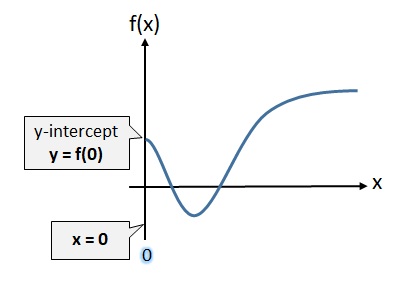 Find X-Intercepts
To find the x-intercepts of a funciton, find where the graph of the function crosses the x-axis.
This is done by finding the values of x which make f(x) = 0. The method will be different for different functions. 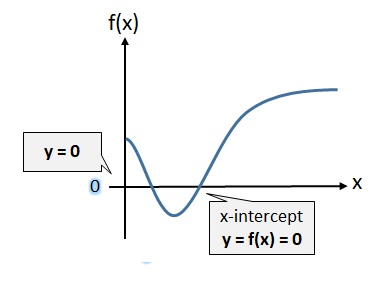 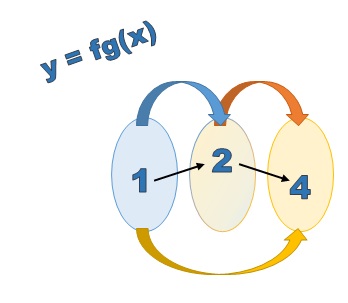 Find a Composite Function
To find a composite function, pass one function into another. 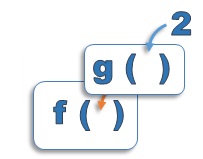 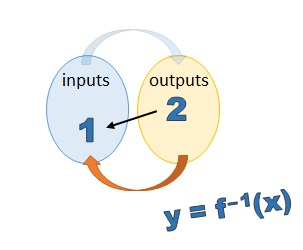 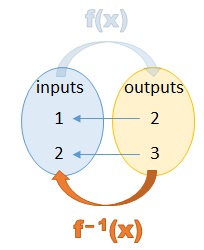 Find an Inverse Function
To find the inverse of a function, rearrange a function to find what the input is in terms of the output.

Find an Inverse Function Using a Graph
To find the inverse of a function using a graph, reflect the graph of the function in the line y = x (a diagonal line). 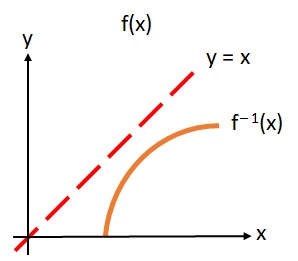