Abu Abdallah Muhammad ibn Musa al-Khwarizmi (Latinized to Algoritmi) was a Persian mathematician, astronomer and geographer. He is largely responsible for introducing the number system we now use to the Western world, relying on the Hindu-Arabic numerals (0 - 9) and a place value system. His book, The Compendious Book on Calculation by Completion and Balancing, shows the beginnings of algebra, and provides an account of how to solve linear and quadratic equations. 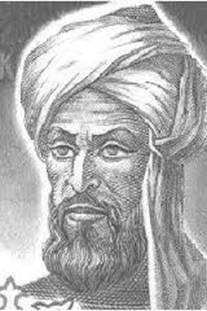 Al-Khwarizmi lived c.780-c.850. He was born to a Persian family. He travelled to Baghdad, at the time a centre of scientific learning and trade, where he worked at the House of Wisdom, studying science and mathematics.

"The Compendious Book on Calculation by Completion and Balancing"

Al-Khwarizmi's book gave a systemic account of how to solve linear and quadratic equations. 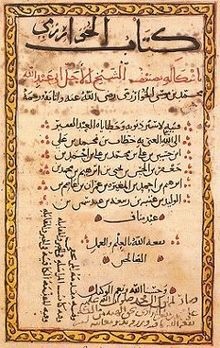 Although he used words instead of letters, his method of solving the equations led to algebra. The slider below discusses his methods.

The slider below outlines Al-Khwarizmi's methods. Open the slider in a new tab

Al-Khwarizmi's name was Latinized to Algoritmi. From this, we get the word "algorithm". An algorithm is a step-by-step operation used to solve a problem. Many of the computer programs and websites you see use algorithms. His name is also the origin for the Spanish guarismo and the Portuguese algarismo, both meaning digit. He also coined the term 'al-jebr' for one of his methods. It means "reunion of broken parts". 'Al-jebr' was translated into Latin as 'algebrae', from which we get the term today.