Leonardo Bonacci, known as Fibonacci, was an Italian mathematician. He popularized the Arabic numeral system in the West: the system we use today using the numerals (0 - 9) and a place value system. He did this by showing its practical importance in bookkeeping, the conversion of weights and measures, the calculation of interest and other uses. Fibonacci also introduced Fibonacci's sequence, whereby each number is the sum of the previous two numbers. 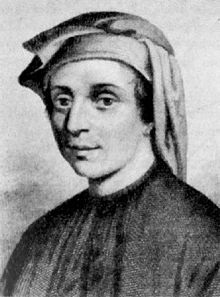 Fibonacci was born around 1170. His father, Guglielmo Bonachi, was a wealthy Italian merchant who directed a trading post in North Africa. The young Fibonacci travelled around the Mediterranean coast with his father. Meeting many merchants and learning their way of doing arithmetic, Fibonacci became familiar with the Hindu-Arabic numeral system and its many practical advantages. In 1202, he wrote his book, Liber Aberci (the Book of Calculation) which popularized the Hindu-Arabic numerals in Europe. He became a guest of the Holy Roman Emperor, Frederick II, and was granted a salary by the Republic of Pisa in 1240. He died between 1240 and 1250. 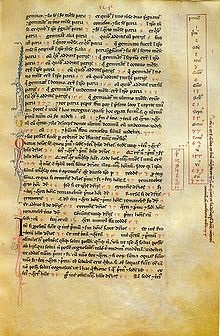 The Liber Abaci is sometimes wrongly translated as the Book of Abacus. This would be quite wrong, as the book aims to teach how to do calculations without the use of an abacus. It introduced the Hindu-Arabic numeral system, what Fibonacci referred to as the Modus Indorum (the Indian method). As Fibonacci introduced them: "The nine Indian figures are: 9 8 7 6 5 4 3 2 1 With these nine figures, and with the sign 0, which the Arabs call zephir, any number whatsoever is written..." With this number system, it is relatively simple to add, subtract, multiply and divide numbers.

Although developed by earlier Indian mathematicians, Fibonacci introduced the Fibonacci sequence to Europe.

In the sequence, each number is the sum of the two previous numbers.

The slider below shows the Fibonacci sequence. Open the slider in a new tab

The Fibonacci Sequence and the Golden Ratio

Find the ratio between consecutive numbers in the Fibonacci sequence:

The ratios tend, without reaching, the Golden Ratio: 1.618. The Golden Ratio is famed for its beauty and is found in architecture and Nature. But what exactly is it? Consider two numbers, a and b, where a is larger than b. If we represent the numbers as lengths, then: 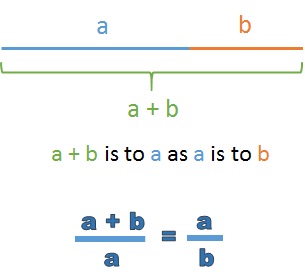 Given exactly, the Golden Ratio is:

Fibonacci's full name is Leonardo Bonacci - so Bonacci is his family name which he shared with his father. 'Fibonnaci' is a shortening of the Latin 'filius Bonacchi', which means 'son of Bonacci'. Just as is English the word "son" was added to the end of a suname (John-son or Robin-son), in Italian 'fi' is written before the surname.

What is place value? How to add How to subtract How to multiply How to divide