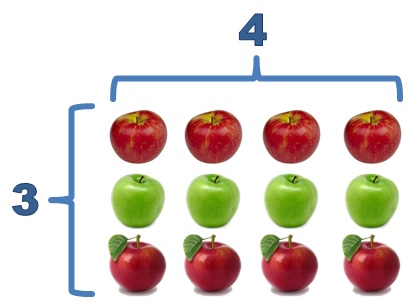 How to Multiply Short Numbers Together

It is relatively easy to multiply short numbers together. Children may learn multiplication as a process of repeated addition. For example:

Another method is to use a number line. Multiplication then appears as scaling a number. If 2 is represented by an arrow from 0 to 2, multiplying by 3 is equivalent to scaling, or stretching, the arrow to being 3 times as long:

Eventually, most people learn times tables which list all combination of multiplying short number together. Times tables should be committed to memory. Try a times tables test

How to Multiply Long Numbers Together

It is more difficult to multiply long numbers together. For example:

This multiplication is made easier when we notice numbers are made of hundreds, tens and units (i.e. the place value of the digits in the number).

Multiplication then takes place as follows: 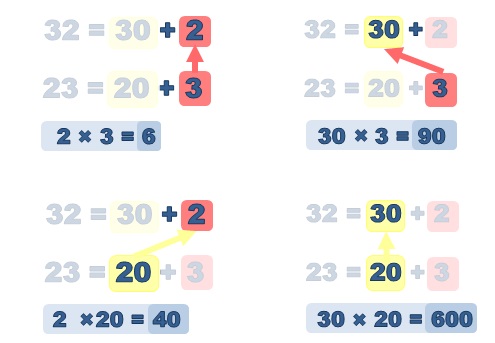 The order in which numbers are multiplied does not matter. For example:

If the 2 and 3 are swapped around, the product is the same:

This is the commutative property of multiplication - changing the order does not change the result.

When multiplying numbers in a column, sometimes the product may be 10 or more: 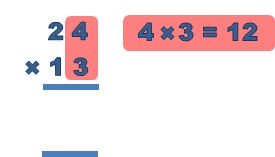 Multiplying the digits above gives 12. To do long multiplication correctly,