A fraction is a part of a whole number.

The Oxford English Dictionary defines a fraction as "a numerical quantity that is not a whole number (e.g. 1/2, 0.5)."

A Real Example of a Fraction

A fraction is usually written as one number over another number.

A Real Example of What a Fraction Means

Imagine we wanted to find ¼ of a cake.

How to Visualize Fractions

Thinking of slices of a cake is a useful way of visualizing fractions.

The slider below explains more about fractions and how to visualize them. Open the slider in a new tab

There are three different types of fractions.

"Fraction" comes from the Latin "fractus", meaning "broken". A whole is "broken" into parts.

Saying fractions is simple. When the numerator is one, here is a list of the names of fractions: 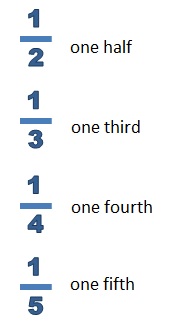 It continues, one fifth, one sixth, one seventh, one eighth etc. (Note: instead of saying "fourth", you can say "quarter"). When the numerator is more than one, just say the number in the numerator instead of one, and use the plural (halves instead of half etc.): 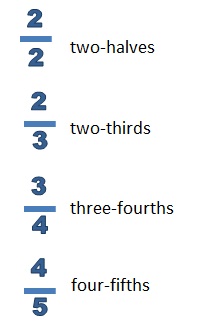 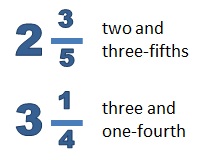 The Size of Fractions

If you increase the denominator (keeping the numerator the same), you decrease the fraction - the cake is cut into more pieces, so each slice is smaller.

Other Types of Fractional Numbers

Fractional numbers can also be represented by decimals, negative exponents, percentages, and ratios. For example: