How to Convert Scientific Notation to a Number

Converting scientific notation to a number is easy. 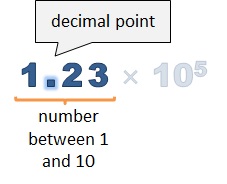 Don't forget: If the number does not have a decimal point written, it can be written at the end of the number with a 0 after it (1 = 1.0). 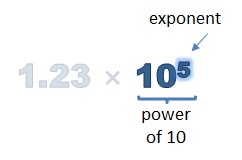 The slider below gives a real example of converting scientific notation to a number. Open the slider in a new tab

What Is Scientific Notation?

The small 2 written beside the 10 means it is raised to an exponent of 2. This means 10 is multiplied by itself 2 times.