Polar coordinates are used to describe the position of a point on a graph. The image below shows a graph. A point is plotted on the graph (a blue cross) with its polar coordinates written beside it: (5, 45°). 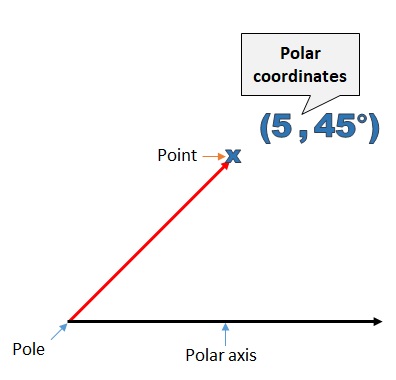 How Do Polar Coordinates Work?

In general, we write polar coordinates as:

r is the radial coordinate. θ is the angular coordinate. r can taken any positive number. θ can be measured in degrees or in radians and is often limited to a whole rotation (0 to 360° or 0 to 2π radians).

A polar grid helps us use polar coordinates. 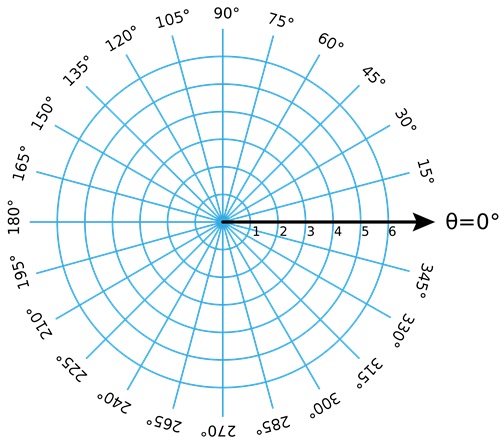 Polar coordinates are named because Jacob Bernoulli called the point from which other points are measured the pole and the horizontal line which passes through it the polar axis. 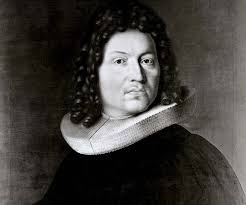 Why Are Polar Coordinates Useful?

Polar coordinates are useful when dealing with circular geometry. All the points that can be drawn on a circumference of a circle have the same radius, but lie at difference angles. For example, a circle of radius 2: 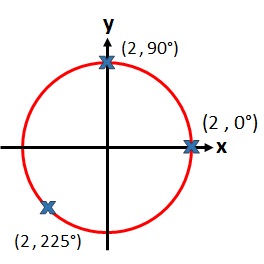 Use this interactive widget to generate Cartesian coordinates and polar co-ordinates. Simply click in the shaded area.