Numbers are used to count. They are the first thing we learn in mathematics. Numbers are represented by symbols called numerals: 1, 2, 3, 4, 5...

The Oxford English Dictionary defines a number as "an abstract entity representing a quantity, used to express how many things are being referred to, or how much there is of some thing."
Here are some examples of numbers.

A History of Numbers

The earliest record of numbers are marks carved into bone and other objects, like this Ishango stick shown on the left. These would have been very useful as an accounting tool. The trouble is, you need to make as many marks as there are objects to count. The next breakthrough would have been using symbols (called numerals) to represent numbers. Roman numerals were used in Europe.

The number 0 was introduced by the Indian mathematician Brahmagupta in 628AD. Another innovation made in India was the use of place value. The same numeral in a different place can mean a new number: 10 and 100 are different numbers although they make use of the same numerals. The Hindu numerals were brought, via the Arabs, into the West, where they were adopted. Our modern day numerals are descended from Hindu-Arabic numerals. 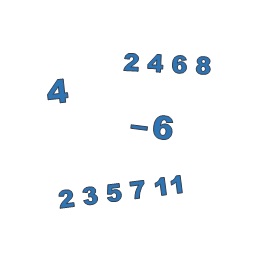 Types of Whole Numbers
The Number curriculum deals with whole numbers.
There are different types of whole numbers, depending on whether you include 0 and the negative numbers.

Natural Numbers
A natural number is a whole number from 1 upwards. It is a counting number.

Integers
An integer is a whole number that may be positive, negative, or zero. 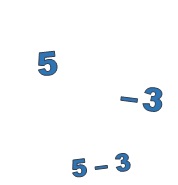 Positive Numbers
A positive number is a number greater than zero.

Negative Numbers
A negative number is a number less than zero.


Even and Odd Numbers 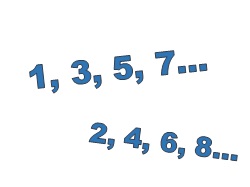 Numbers can be even and odd, depending on whether they can be divided by 2. In this mini-curriculum, you will learn about even and odd numbers.

Even Numbers
An even number is a whole number that can be divided exactly by 2.

Odd Numbers
An odd number is a whole number that cannot be divided exactly by 2. 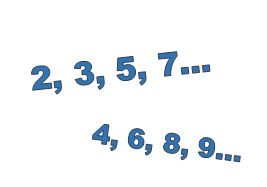 Prime Numbers
A prime number is a number that can be divided by only itself and 1.

Fundamental Theorem of Arithmetic
The fundamental theorem of arithmetic states that any number is either a prime number or can be found by multiplying prime numbers together.
This means that any composite number can be written as a product of primes. 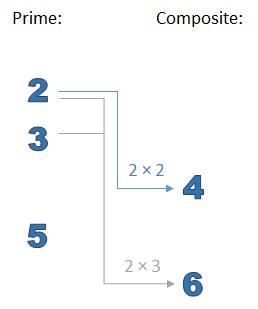 
Square Numbers and the Square Root 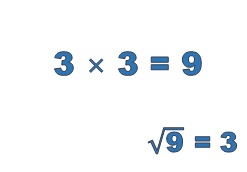 Square Numbers
A square number is a number that results from a number being multiplied by itself.

A number line is a line where numbers are written in order, evenly spaced. Number lines help us add and subtract numbers. In this mini-curriculum, you will learn about number lines and how to use them.

Number Line
A number line is a line where every point corresponds to a number..

Add on a Number Line
A number line can be used to add numbers.

Subtract on a Number Line
A number line can be used to subtract numbers.

Even and Odd Numbers