Probability is a measure of how likely (how probable) an event is to happen. Probability allows us to assign a number to the likelihood of an event: between 0 (impossible) and 1 (certain).

The Oxford English Dictionary defines a probability as "the extent to which a particular event is likely to occur... expressed by a number between 0 and 1.
Imagine the following events. These are all examples of probability.

Where Does the Word Probability Come From?

Probability is about assigning a number to how likely an event is to happen. In this mini-curriculum, you will learn about the probability of events. 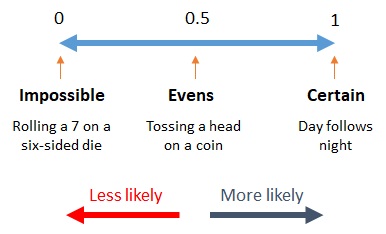 Find a Probability
To find the probability of an event, divide the number of ways an event can happen by the total number of outcomes.

For example, there is 1 way to get a Heads in a coin toss and 2 possible outcomes (Heads and Tails). The probability is 1⁄2. 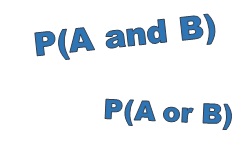 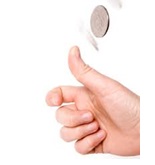 Dependent Events
An event is dependent if its probability is affected by whether or not another event has occurred.
Picking a card out of a pack without replacing it is a dependent event. Everytime a card is taken out, it affects how many cards there are to pick from. 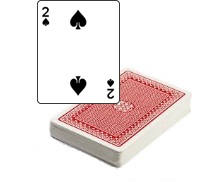 Addition Rule
The addition rule is used to find the probability of one event or another event. 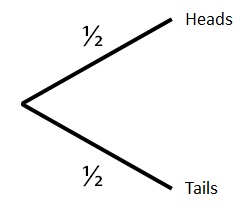 A tree diagram is a diagram which shows the possible outcomes of an event and their probabilities. Each outcome is shown as a branch... which is why it is called a tree diagram. In this mini-curriculum, you will learn about tree diagrams and how to use them to calculate probabilities.

Tree Diagram
A tree diagram shows all the possible outcomes of an event and their probabilities. 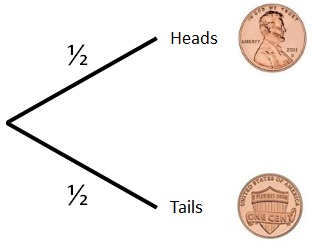 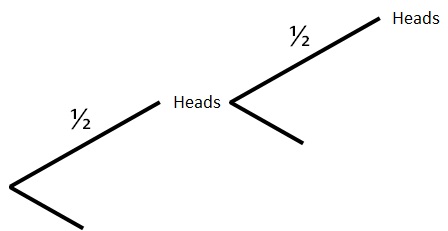 Dependent Events on a Tree Diagram
Dependent events can be shown on a tree diagram. 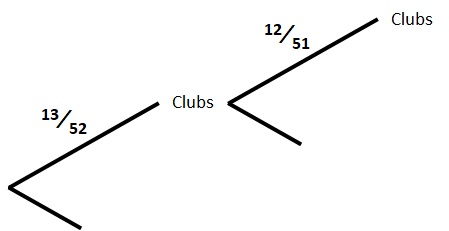